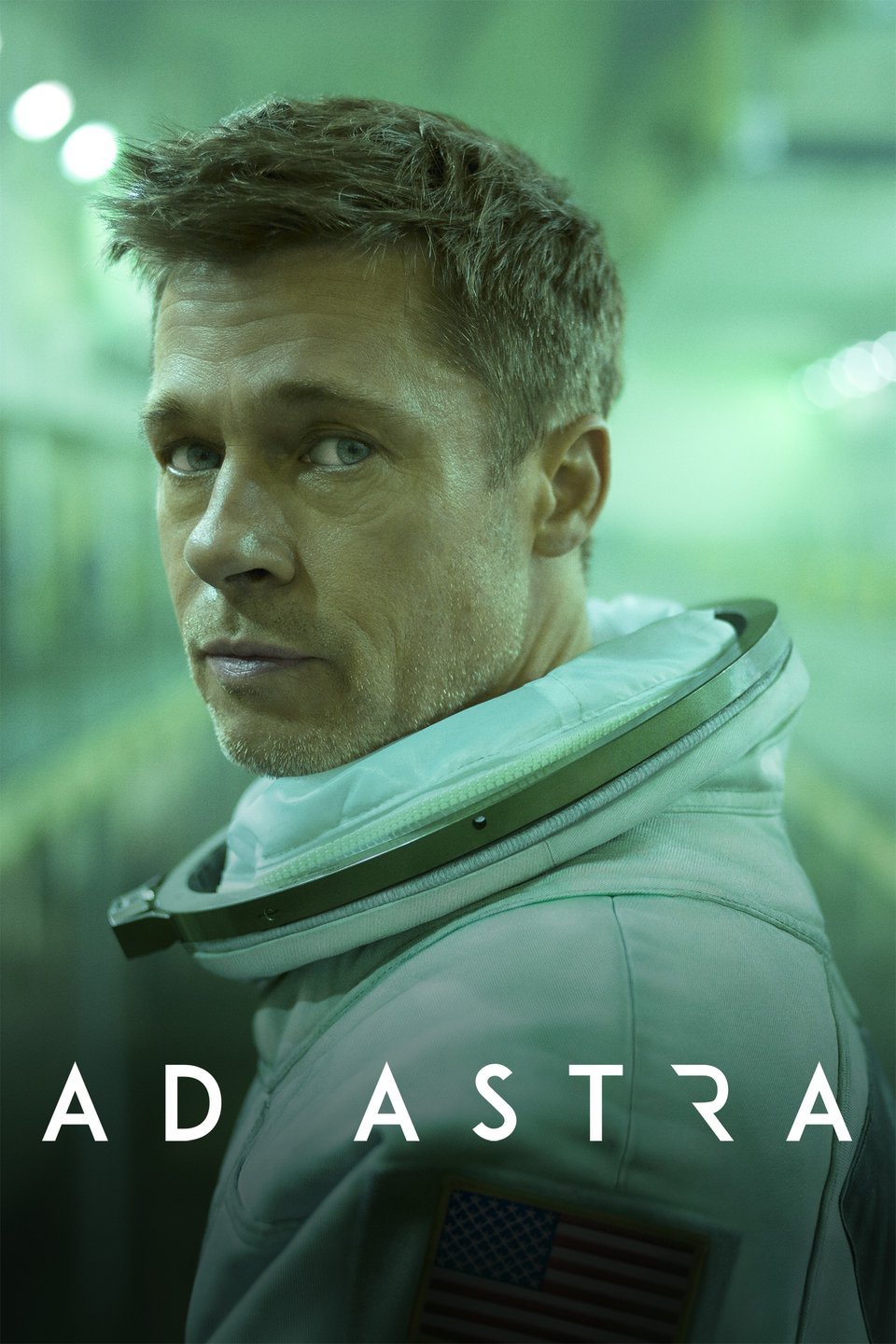 Brad Pitt is having one hell of a year. First, starring alongside Leonardo DiCaprio in Quentin Tarantino’s Once Upon A Time… in Hollywood, a movie that somehow managed to be both the most and least Tarantino-esque film in the director’s catalogue, and now knocking it out of the park as the leading man in James Gray’s Ad Astra. Whatever criticisms one may have about either film, Pitt’s acting chops cannot be blamed for their shortcomings.

Ad Astra (Latin for “to the stars”) follows the journey of intrepid astronaut Roy McBride, played by Pitt, as he attempts to track down his father, former astronaut hero H. Clifford McBride (Tommy Lee Jones), who disappeared 16 years ago on the edges of the Solar System. His last mission, Project Lima, sought to contact intelligent extraterrestrial life, but now threatens the very existence of human civilization. I’ll confess I am not very familiar with James Gray’s previous works (The Lost City of Z, We Own the Night), but in Ad Astra he proves himself capable of creating a film that is both thematically rich and visually stunning.

The crux of the film focuses on the father-son relationship and the long-lasting effects it has on a person’s psyche, while the sci-fi near-future setting is more of a narrative vehicle for delivering a Freudian character study of Roy’s identity. For those of you who never had a contentious relationship with your parents (congratulations on the happy childhood), some of this may feel thematically distant, but you don’t need to have had an emotionally absent or abusive father figure to appreciate the core message of Ad Astra. Roy’s journey from the Earth to the Moon, Mars, and beyond to locate his renegade father serves as a complex metaphor for the journey through life in which we enter as young children engrossed by the mythology of our parents, larger than life figures who protect and shelter us, rebel against those same parents as teens and young adults as we become aware of their shortcomings and failures, and then learn to accept them for the flawed human beings that they truly are. As Roy travels across the stars, he is forced to come to terms with the realities of his father’s choices while simultaneously attempting to avoid repeating them himself.

Brad Pitt is cast perfectly as Roy McBride, the quintessential all-American hero whose BPM, we are told, never goes above 80 no matter the crisis thrown at him. And Ad Astra has a plethora of crises to throw at him, the best of which is probably the film’s opening action sequence in which Roy, servicing a towering space antennae, finds himself taking the express route back down to Earth’s surface after being hit by a mysterious surge of energy. From this fall from the heavens (another metaphor for Roy’s transformation in the film), to a thrilling rover chase on the Moon, to a terrifying search of a distressed research vessel en route to Mars, Gray manages to pepper in enough excitement to keep the plot moving. Make no mistake, though, this is much more of a slow burn drama than a daring space opera like Star Wars. That burn, however, serves to examine how Roy learns to overcome his personal failings despite his outward appearance as society’s ideal man. His rejection of emotion under pressure is a double-edged sword that denies him the ability to connect with others in his personal life; the motif of a required psychological assessment of Roy after each mission stage underscores the way in which society expects stability from male figures while denying them the opportunity to truly express their emotions.

The inability to escape fate, or perhaps inevitability of human nature, is another interesting question raised throughout the film. We see Roy travel commercially via Virgin Atlantic to the Moon, during which he is given the option to spend $125 on the pillow and blanket package, and once he arrives, we are treated to the quick gag of a Subway sandwich shop on the lunar surface. These details are less a humorous take on capitalism and more of a criticism of the idealism of escaping Earth’s problems for outer worlds; just as children seem to be doomed to repeat the mistakes of their parents, perhaps humanity is always fated to run from the same demons of destruction no matter how far we extend into the galaxy.

Story and themes aside, the best part of Ad Astra is the visuals. The wide-angle shots of rocket lift offs and the surfaces of swirling gas giants look ripped from the cover of National Geographic. The choice of color palette and lighting, sometimes cool and comforting, other times red hot and seething, reminded me of the wonderful cinematography in Blade Runner: 2049. Unfortunately, the weaker portions of the film also recall the issues with the original theatrical release of the first Blade Runner: Brad Pitt’s voice over narrations, while sometimes illuminating the character’s inner thoughts, are often heavy-handed and overly explanatory, similar to how Harrison Ford’s studio mandated explanations treated the audience like children in Ridley Scott’s masterpiece. There is also a criticism to be made for how the supporting cast is utilized in Gray’s film: some, despite their limited roles, excel, such as Ruth Negga playing Helen Lantos, director of operations on the Mars base. Others, like Donald Sutherland as a former colleague of Roy’s father and Liv Tyler as Roy’s estranged wife Eve, feel woefully underutilized to the point of irrelevancy. Despite these drawbacks, over the roughly 2 hour running time of Ad Astra, I thought Gray did a phenomenal job of trimming away the narrative fat and keeping the script tight and focused. Not a moment of screen time is truly wasted, but whether you agree with the point Gray is trying to make remains open to interpretation.

Science fiction in film has brought us many different interpretations of the future over the decades, from the sleek and technologically advanced universe of Star Trek to the military-industrial dystopia of the Alien franchise. Ad Astra falls somewhere in between. There is a small dose of pragmatic problem solving like Matt Damon’s character faced in The Martian, albeit without the charming humor. Much like Christopher Nolan’s Interstellar, Ad Astra attempts to give us a realistic depiction of how space travel will be approached in the not so far off future, but unlike Interstellar it does a much better job of orienting the plot around the pathos of its characters. Finally, like First Man, which accurately depicted the claustrophobic hazards of space travel for the 1969 Apollo 11 mission, Ad Astra tries to uncover what motivates people such as Neil Armstrong or Buzz Aldrin to escape the confines of  gravity in a rickety tin can, suggesting they may have more to fear here on Earth from their own nature than among the stars. While the execution of his ideas may not appeal to every audience member, James Gray deserves credit for the artistry and technical mastery with which he illustrates his themes. Is Ad Astra pretentious? Maybe. But it’s a fantastic performance by Pitt, and you can’t say you won’t walk from it without some new philosophical questions to ruminate on while gazing upwards on a clear night.