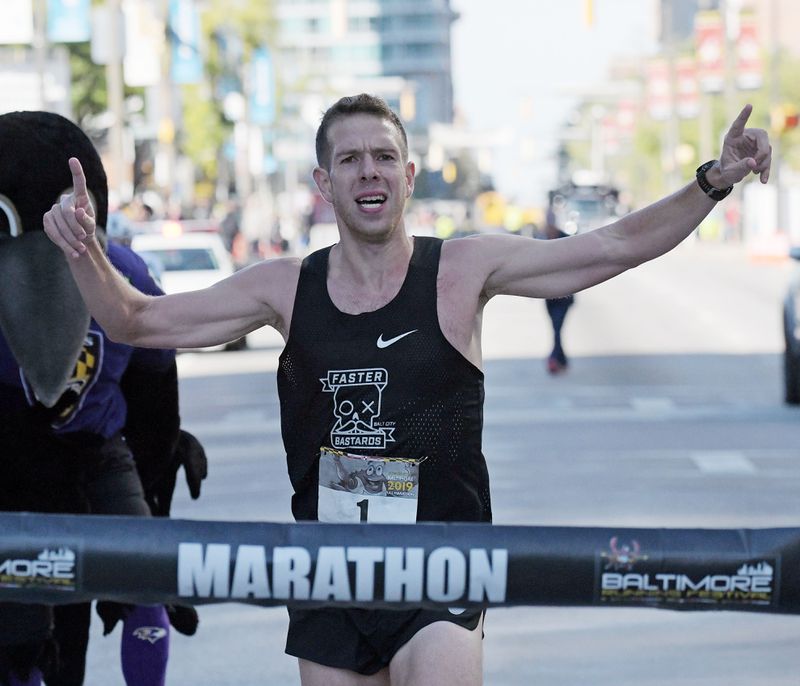 The 19th annual Baltimore Running Festival was held last month, October 19th, and for the marathon race Jeremy Ardanuy was considered to be the favorite. He had won the Baltimore 10 miler this past summer, and questions began to surface about whether he'd want to do the same for this marathon. Back in 2017, Jeremy finished the race in 4 hours and 45 minutes, but after much training he beat his personal best by nearly two hours; finishing the race in 2 hours and 28 minutes last year. He had also placed third in last year's marathon, so it seemed everything pointed to him wanting to win this year's race. Despite the California International Marathon (USATF Marathon Championships) approaching on Dec. 8th, which he says is the race he's mainly been training for, Jeremy still gave an amazing effort to finish first in the Baltimore Marathon. He cruised to victory with a winning time of 2:27:16, improving his personal best by just a minute.

Here's the fun fact: Not only is he a great runner, Jeremy is also a doctoral candidate here at UMB. He is in his fifth year in the Molecular Microbiology & Immunology program under the mentorship of Dr. Nicholas Carbonetti. This lab focuses on the mechanisms, in a pathogen known as Bordetella pertussis, by which pertussis toxin exacerbates pertussis infection and disease (i.e Whooping Cough). This is observed through the upregulation of host factors that contribute to pathogenesis and the inhibition of host mechanisms of attenuating and resolving airway inflammation.

If you happen to see him around campus, be more than welcome to congratulate him on all of his efforts!