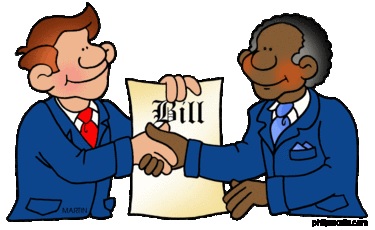 Collective bargaining is the voluntary process through which employees discuss the terms and conditions of their work, either with employers directly, as represented through an organization of like-employed workers (aka a union), or through employee delegates. To date, graduate students in Maryland legally cannot unionize. HB-199 seeks to change that. The bill was introduced on January 18, 2018 and was developed by the Fearless Student Employees Coalition at the University of Maryland, College Park in collaboration with Delegate Marc Korman (D-Montgomery). The stated purpose of the bill is to “[provide] collective bargaining rights to certain graduate assistants at certain public institutions of higher education” and “[alter] certain exceptions to the applicability of provisions of law governing collective barging for State employees.”

Supporters of the bill argue that collective student bargaining rights are crucial to the livelihood and well-being of graduate student employees. Many graduate students in Maryland, especially at UMCP, have been vocal in calling for the state Senate to recognize graduate assistants as formal State employees, allowing them to negotiate their pay and work benefits (including health insurance and time off). They argue that stipends provided don’t always fairly compensate for the work required under graduate assistantships.

Opponents to the bill argue that increasing student stipends (one of the outcomes supporters of the bill wish to see) would limit the number of assistantships that schools could fund, thereby decreasing the student pool or requiring students who are unable to secure an assistantship to forgo a stipend all together. Some opponents of the bill also feel that graduate students are already being reciprocated fairly for their work due to the tuition remission that is received on top of the stipend. Additionally, some opponents feel the bill should include undergraduate student employees as well (the bill exclusively applies to graduate student employees).

The bill is currently being debated within House and Senate committees. If the committee approves the bill, it will move to the House and Senate floors, where formal testimony and debate will occur, followed by a vote. If passed, the bill is projected to go into effect as early as October, 2018.

Do you have an opinion about HB-199? Please email it to umb.gsa.president@gmail.com and stay tuned for more information on HB-199.