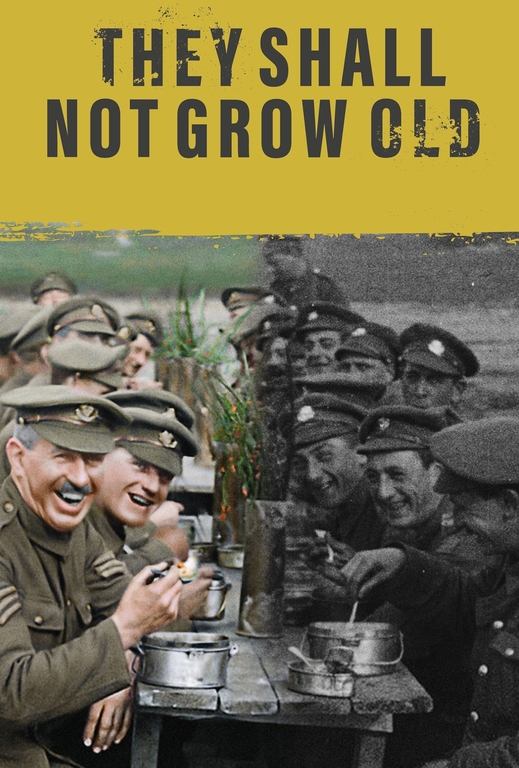 They Shall Not Grow Old

When I heard Peter Jackson, critically acclaimed director of The Lord of the Rings film series, was helming a World War I documentary utilizing never-before-seen footage, it was pretty much guaranteed I was going to have to see it in theaters. As a history buff, particularly with regards to both world wars, They Shall Not Grow Old is right up my alley, but after viewing it at a limited re-release on a Monday evening, I cannot stress enough how poignant, moving, and universally accessible this film is. Now that it is getting a second wider release in February, everyone should take the opportunity to see it on the big screen.

They Shall Not Grow Old is not a documentary about historical dates, battle maneuvers, or geopolitics (although if you are looking to learn more about the history of World War I, I recommend Dan Carlin’s Hardcore History podcast series Blueprint for Armageddon). It is fundamentally about the experiences of the average British soldier on the Western front during one of the bloodiest conflicts in human history, told through audio recordings of WWI veterans interviewed during the late 20th century and archived, firsthand footage from the British Imperial War Museum. Using modern film techniques, Jackson and his team at Wingnut Studios revitalized and colorized the footage to create a cinematic experience that is simultaneously breathtaking and heartbreaking.

Jackson begins the film with black and white footage of everyday men enlisting and training in bootcamps at the outbreak of the war, while the memories of the veterans are recounted over the loudspeakers. The effect is one felt while viewing similar old war movies: the grainy, unnaturally sped up footage is intriguing, but cold and distant, a time capsule from a bygone era. This abruptly changes as the soldiers are sent across the English Channel to fight on the fields of France. The footage, formerly artificial and stale, springs to life with astonishing clarity, color, and focus. I knew the shift was coming, but I was still blown away by the technical marvel that Jackson has achieved. Over the next hour or so, you are right there alongside the soldiers on the frontlines, witnessing their trials, their moments of joy and loss, their fears and hopes.

When people think of World War I, the appalling conditions of trench warfare, the withering onslaught of artillery barrages, and the senseless, overwhelming loss of life are the horrors that probably come to mind. They Shall Not Grow Old does not shy away from these aspects of the war. There is footage of exploding artillery rounds, coupled with modern audio recordings, that will shake you to your core. There are images of men wading waist deep through slurries of mud, waste, and decay that will churn your stomach. However, there are also moments of joviality and humor: camp rugby and boxing matches, impromptu moments of music and laughter, brotherhood and camaraderie during harrowing times. The most emotionally powerful moments come when Jackson pairs close-up footage of the men, smiling and carefree, with smash cuts of bodies torn apart by machine gun and sniper fire. Whether these are taken from Ypres, the Somme, or Flanders is irrelevant; the message is the same: these were men, boys, human beings like you and me, sent to fight (and for many, never return from) a war they barely understood.

The Imperial War Museum commissioned Jackson to create this film to commemorate the 100th anniversary of the armistice that ended the Great War. Even if you think war documentaries are not your cup of tea, you should take the time to see They Shall Not Grow Old. It is a phenomenal testament to a generation that has now passed into the annals of history, to the memories, experiences, and humanity of those who made the greatest sacrifice in the service of their country. 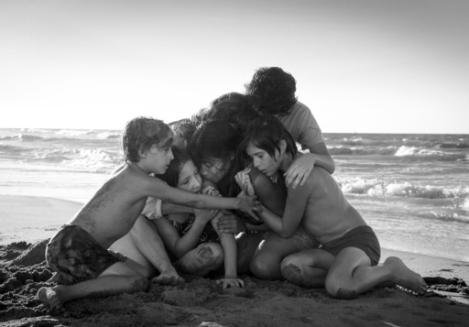 I struggled with the decision to review Roma, as I think it is unfair to recommend a film when it is no longer available to readers in theaters (as of writing this, I can only find a few select showings outside of Baltimore). However, I viewed Roma from the comfort of my own couch thanks to the modern marvel of Netflix streaming, so I think it is safe to say those of you familiar with binging content will not hold it against me if it is the only way you can view it.

If you are not familiar with the buzz behind this movie, I will break it down for you: Alfonso Cuarόn (Y Tu Mamá También,, Children of Men, and Gravity) debuted his semi-autobiographical film at the 75th Venice Film Festival where it received the Golden Lion award, and from there Roma has gone on to win several accolades and been nominated for Best Picture at the upcoming Academy Awards. Who cares, you may say, screw pretentious movie awards! Maybe so, but that such a highly critically acclaimed film was distributed by Netflix, a company conventional Hollywood was not taking seriously 10+ years ago, I think says something about the future of film production and consumption. But I digress.

Roma is named for and set in the Colonia Roma neighbored of Mexico City during 1970 and 1971. It follows the daily life of Cleo (Yalitza Aparicio), a maid for an upper-middle class family, as she cooks, cleans, and cares for the children. Shot entirely in black and white and featuring only Spanish and Mixtec, a dialect of indigenous Mexican languages, Roma may seem like the type of foreign, artsy film indulged in only by people who casually use phrases like “mise en scène” and “auteur”, but it embraces two of the fundamental pillars of cinema like no other: escapism and humanistic empathy.

Without giving away too much of the plot, the film follows Cleo’s struggles as she copes with her work obligations, relationships, and an unexpected pregnancy, along with the turmoil in the family dynamic as the mother, Sofia (Marina de Tavira) must cope with, and shield her children from, her husband’s neglect and infidelity. All of this is set against the larger backdrop of political turmoil in Mexico at the time: economic struggles between rural peasants and wealthy land owners, student protests for political reform, and violent government crackdowns. By intimately involving the viewer in Cleo’s life while these events transpire around her, we are reminded that every person we meet, from loved ones to strangers we pass on the street, is living their own tangled, beautiful narrative.

Every scene of Roma, no matter how initially simplistic, is dripping with literary significance and deeper symbolism. From the opening shot of Cleo washing the driveway to the family home, to a precision parking sequence by Sofia’s husband in the family’s bulky Ford Galaxie (I will let you form your own opinions on what this may or may not represent with regards to masculinity), to stunning wide-angle shots of haciendas and open fields, each frame reinforces a variety of themes present throughout the film: the resilience of feminine strength, cycles of nature and Mesoamerican symbols of life and death, and the juxtaposition of the physical and the spiritual in daily life.

All of this is filmed with technical mastery. Cuarόn clearly poured his heart and soul into this project, and it is apparent in both the skill with which he executes it and the ways in which the cinematography astounds and delights. Many long, single takes, tracking Cleo and her friends in complex, crowded streets, moving from wide exteriors to closeup interiors, panning shots across the confines of family home, transport the viewer into the cinematic world Cuarόn has created, both real and otherworldly. For avid moviegoers, it is like watching Michelangelo paint the Sistine Chapel.

Whatever you take away from Roma, I doubt that you will not be moved by its ability to connect one’s own experiences with those of people foreign yet familiar. Just as Cleo transcends the daily struggles of life and bridge the gap between the earthbound and the spiritual, Roma reminds us to face our own problems with resilience, and empathize with our fellow human beings, no matter how small.