Is FDA delivering “cures” or unsafe drugs? The Event Snapshot 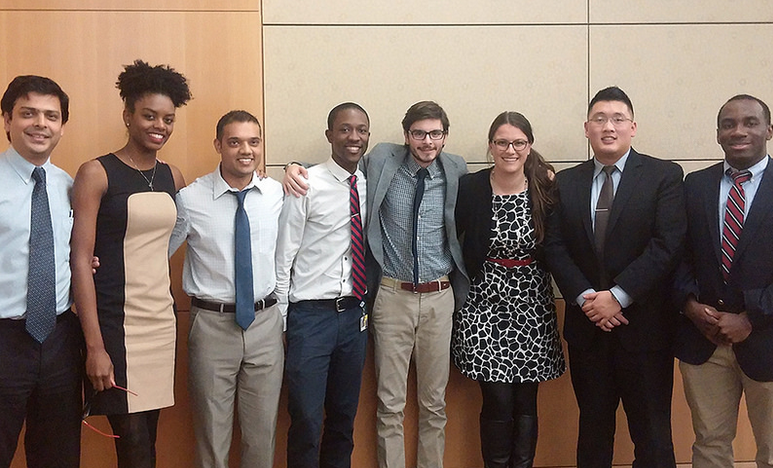 The University of Maryland chapter of the International Society of Pharmacoepidemiology (ISPE), a student organization in the Pharmaceutical Health Services Research (PHSR) Department, organized a campus-wide student debate on Dec. 3, 2015. The event was co-sponsored by the University Student Government Association (USGA) and the International Society of Pharmacoeconomics and Outcomes Research University of Maryland student chapter. The debate was focused on proposed legislation on the development and approval processes for pharmaceuticals and medical devices. The 21st Century Cures Act was approved on July 10, 2015 by the US House of Representatives. Dr. Julie Zito, Professor at PHSR Department and one of the faculty advisors for UMB-ISPE said, “Taking time from our busy training activities to think through the benefits and risks of legislative change is a major accomplishment in the public interest.”

Participants in support for the legislation included: Danielle Abraham (PhD student in Epidemiology, SOM), Jamila Torain (PhD Student in Gerontology, SOM), Tomefa Asempa (fourth year Pharmacy student), and Lijo Panghat (Post-Doctoral Fellow, SOM). The team urged the audience to understand that the ‘Cures Act’ will advance science and medicine by encouraging innovation and collaboration. They highlighted that the legislation a response to the need for treatments for serious, rare and life-threatening conditions which tend to be under-researched. They also put forth other positive aspects of the legislation which include an increased funding to the NIH and FDA, increasing underrepresented populations in clinical trials, and incorporating patient feedback and validated biomarkers in the drug approval process.

The team opposing the legislation included: Juan David Rueda (PhD student in PHSR), Chuka Udeze (second year Pharmacy Student), David Tran (second year, Pharmacy Student), and Bilal Khokhar (PhD candidate in PHSR). Their position stated that further acceleration of drug approvals and approvals based on biomarkers can weaken the assurance of benefits and result in less safe and effective medical products. They further highlighted that long-term value to the public’s health may be sacrificed to the short-term goals of faster Food and Drug Administration (FDA) approvals for drugs and medical devices. It was also noted that the fact that the bill increases market exclusivity for rare disease products does not help patients who will have to wait longer for less expensive generic versions of these medications.

Despite the strong arguments put forth by each team, at the end of the evening,  the audience was convinced that though this piece of legislation proposes some good policies, many measures buried within it need to be addressed and modified. 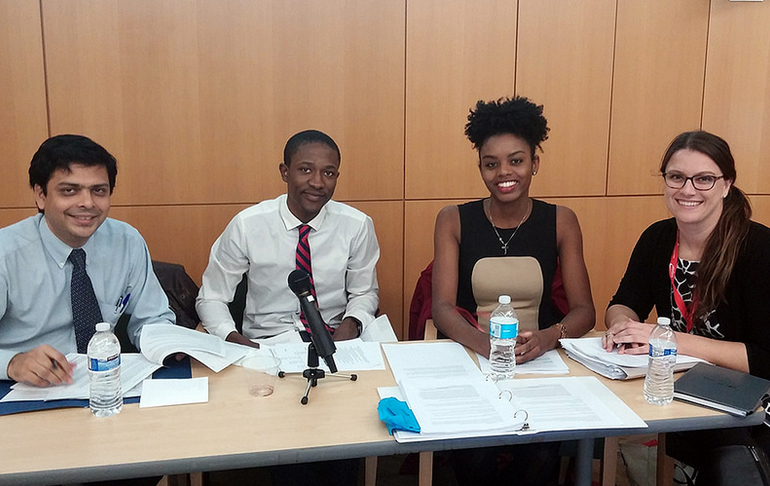 The event was attended by more than 50 students from the Schools of Social Work, Dentistry, Law, and Medicine. Dr. Susan DosReis, a faculty advisor of UMB-ISPE and an Associate Professor at the PHSR department, reflected, “This debate was a great way to engage students outside of the typical classroom setting in real world regulatory issues. The teams reviewed the bill thoroughly and were well-prepared to support their side of the debate. This was an effective way to educate their peers about healthcare legislation that will affect their future. It was fantastic to see the students put what they learn in the classroom into practice on the debate floor.”

Dr. Peter Doshi, Assistant Professor at the PHSR Department, aptly summarized the sentiments of most of the audience members in the following statement during after-event discussions over light dinner: “21st Century Cures is a sweeping legislation that will affect all of us - as researchers, as practitioners, and as patients - proponents say for the better, but critics argue for the worse. And despite our university officially supporting the bill, few in our community even know of its existence. That needs to change. Large and important legislation shouldn’t pass without first having a serious discussion about it in the community. It was great to see students shine the spotlight on this bill through the debate. I hope it will be one of more to come.” 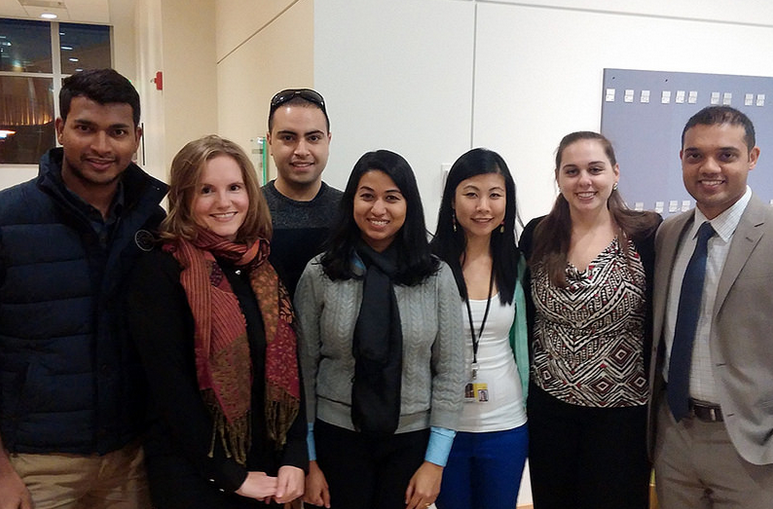