You can’t get what you don’t ask for. That’s never been truer than in the federal budget. That is why I spent March advocating for science. We need to constantly increase our budget just to keep up with inflation, let alone expand resources for basic science. So, I joined a group of like-minded scientists to request more funding.

On March 15, 2018, hundreds of scientists from the Society for Neuroscience (SfN), the Federation of American Societies for Experimental Biology (FASEB), and the American Society for Biochemistry and Molecular Biology (ASBMB) gathered on Capitol Hill to meet with hundreds of Congressional offices to advocate for increased funding for the National Institutes of Health (NIH) and the National Science Foundation (NSF).  The goal of speaking with legislators in multi-faceted. First, we have to ask for increased funding if we want to receive it. It will not be handed to us. This request usually receives positive response from both parties. One staff member said, “It is hard to be against helping sick kids.” However, even if your representative is in favor of increased funding, speaking with them can still be helpful.

The legislators also need statistics and stories to support their cause. We provided handouts with statistics on how many jobs NIH supports broken down by state, how much diseases cost Americans, how many Americans support NIH funding, and more. These numbers are vital for their jobs. We also provided them with stories. While attending an advocacy dinner, I met with industries who wanted to know what I used NIH funding for. I provided a face and experience to match with the money they were being asked to donate.

Of course, there are still some who do not support an increase in funding. For those meetings, it is important to remember this is an education opportunity. Rather than providing facts to support their argument, we provide facts to inform them of the importance of research. One scientist I was grouped with provided an international business prospective. He explained to a staff member that his company had no interest in funding basic science, but their drug development was based on discoveries NIH funded. 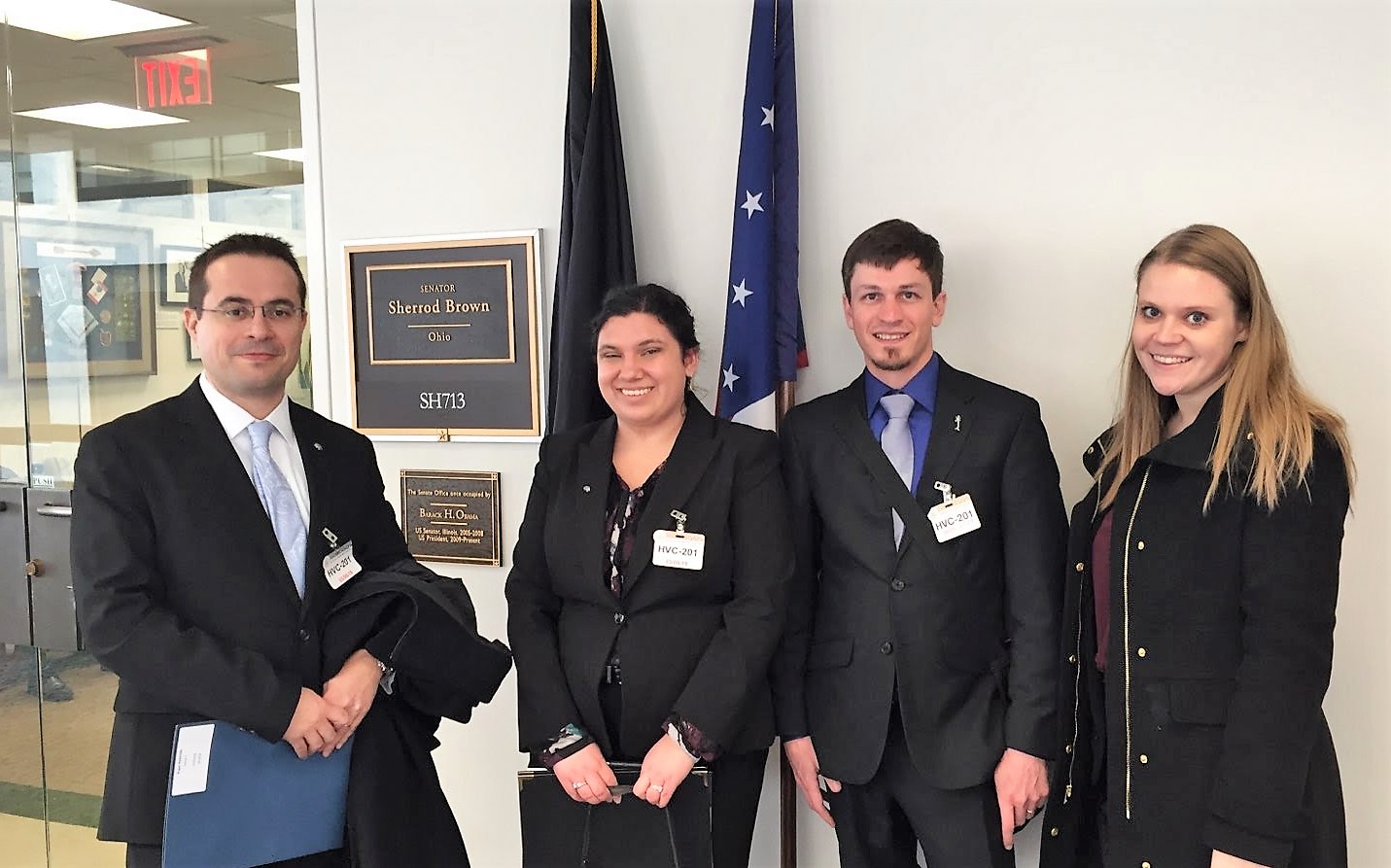